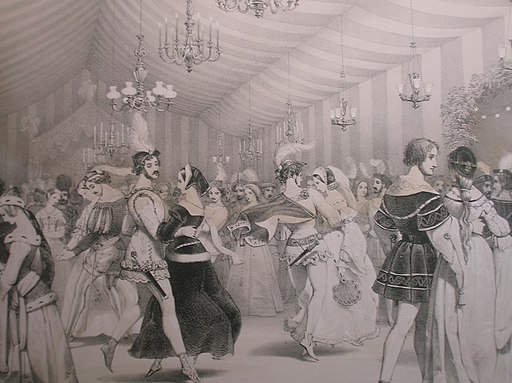 Ballroom dancing developed in England. However, the first authoritative knowledge of the earliest ballroom dances was recorded in the 16th century in France. The term ‘ballroom dancing’ is derived from the word ball. Ball originated from the Latin word ‘ballade’, which means to dance.

Originally, Britons would use ballroom dance to express love, courtships, exercises, beliefs, traditions, and even religions. Those were the foundations of ballroom dancing back in the 16th century.

By this time, everyone is in love with dancing, but not everyone loves the way it was being practized.

Some aristocrats, nobles and royals complained about the involvement of physical touch.

This is the very reason why ballroom dances such as polka, schottische, and mazurka were created. It is because of them that we get to choose from different genres of ballroom dancing now.

By this time, people from the lower and middle class fought for their passion. Dances are no longer that slow. In fact, dances were performed with full energy, fast motions, and many independent moves.

The ballroom dances became so famous that even neighboring countries have managed to add their own cultural touch to it.

These dances may be completely different from those from the 16th century, but they still do give a great impact on dancing enthusiasts.

This was the century when ballroom dancing became a sport. Competitions and organizations were built.

Ballroom dancing allowed dancers to be not just satisfied with their skills but be driven enough to learn more and do better.

What is the Female Dress Code for Ballroom Dancing?

Can You Teach Yourself to Ballroom Dance?